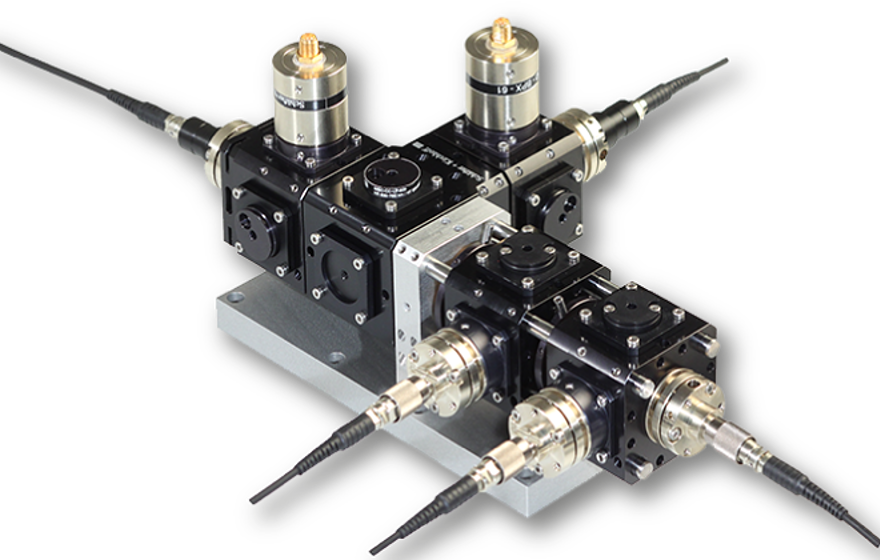 Optical Setup
The two input ports are fiber-coupled to PM fiber cables. Polarizers define the input polarization which is necessary for a long term stable splitting ratio.
Two photo diodes right after each input port allow for a continuous monitoring of the radiation. The two differing input sources are superimposed either by means of a dichroic mirror (long pass) or by a polarization beam splitter followed by a dichroic wave plate.
Subsequently, the radiation splitting is achieved by using a cascade of rotary half-wave plates in combination with polarization beam splitters. By use of the rotary half-wave plates, almost any desired splitting ratio can be achieved.
At the output ports further polarizers are placed in order to define the polarization at output of the system.