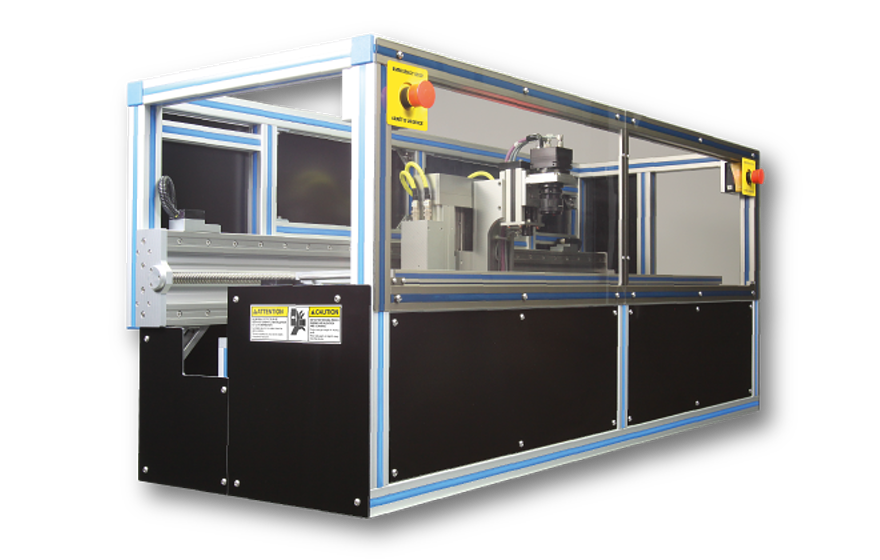 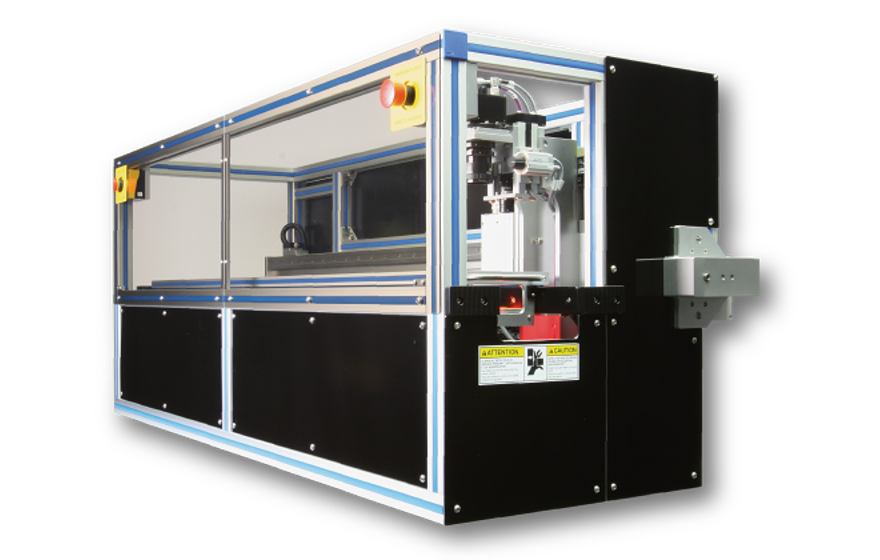 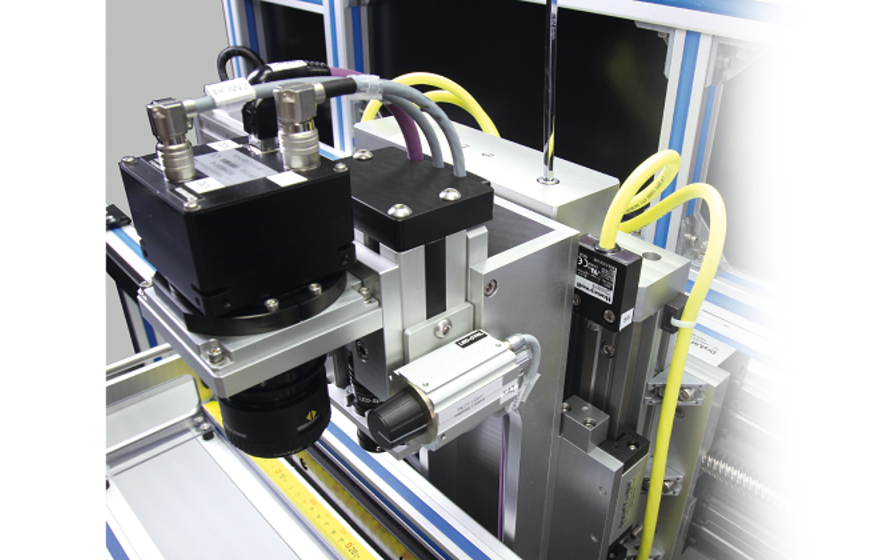 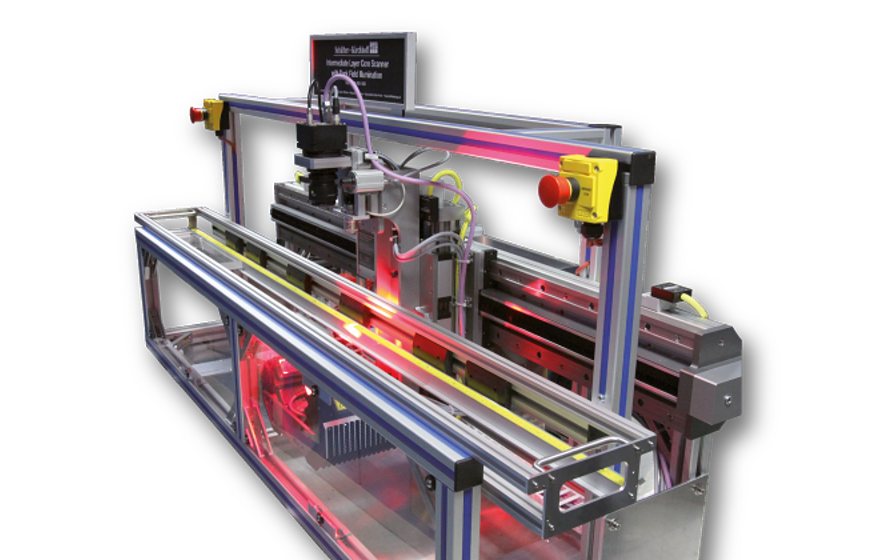 The Intermediate Layer Core Scanner was specially developed to analyse ice cores using visual stratigraphy. It is used to examine samples up to 1.2 m in length with a resolution of 51 µm. The ILCS ILCS-2048-105-1200-Sys uses dark-field illumination in order to visualize the laminar structure of polar ice cores.

Dark field illumination - Visualizing ice layers for dating the ice cores
The annual variations in the amount of precipitation and the deposition of mineral dust and other particles lead to a layered structure of the ice. Visual stratigraphy visualizes these climate induced annual variations and helps to date the ice cores by counting the layers. Global climatic events, such as the eruptions of volcanoes are sometimes visible when the layers contain ash particles. After microtoming the sample on both sides, the layered structure is captured using the line scan camera based ILCS. The camera located above the sample is moved synchronously to an indirect light source, that is mounted on two sides below the sample. The LED light is focussed and directed at an angle. Only light scattered from the sample is directed back into the camera, direct light from the illumination unit does not reach the sensor. The figure in the right shows a stratigraphic image. Transparent ice appears dark while bubbles or dust particles appear as bright visible layers. The number density of layers in a core section characterizes the climate. Colder periods show more and brighter layers, whereas transparent, thus dark ice, indicates that the ice was formed during a milder climate period. Colored layers indicate volcanic ash layers.

High resolution imaging in harsh environments
As the analysis of the microstructure needs to be done in the field during drilling as well as in the lab, the line scanners developped fo analyzing ice cores need to be robust and insensitive to the harsh environment. The components used (mechanical, optical as well as electrical) are designed to work properly at temperatures down to –25°C . Despite its dimensions, the ILCS is built in a compact way and can be shipped using a reusable, easy-to-handle packing. It is stable and robust enough to endure the long and bumpy ride to and from the drilling site. Both scanners -LASM and ILCS- have been used in the field in Antarctica as well as in Greenland multiple times. Whenever drilling is not ongoing they are used in the lab, e.g. at AWI in Bremerhaven or at the University of Alberta.

More information on dark-field illumination stratigraphy of ice cores can be found on
https://www.ualberta.ca/science/research-and-teaching/research/ice-core-archive/services.html

More information on microstructure mapping of ice cores using the LASM can be found on https://www.awi.de/forschung/geowissenschaften/glaziologie/werkzeuge/microstructure-mapping.html.

Benefits of user registration include